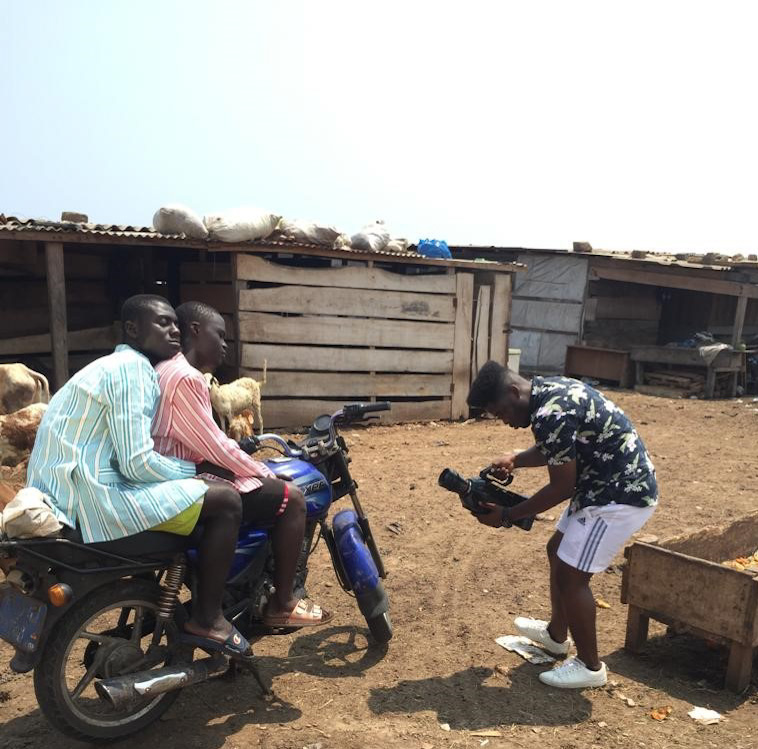 07 Aug David Boanuh: Filmmaker and AVI fellow ’19, Speaks on His Cinematography for Beyonce’s Black Is King.

Posted at 16:16h in Ashesi Venture Incubator by NEXTi2i
0 Likes

David Boanuh, Ashesi alumni and AVI fellow is the co-founder and Film Director at Beautiful Stories Studios. His journey into filmmaking was birthed from an interest in travel and lifestyle filmmaking but slowly grew into documentaries and narrative films (movie making). He strongly believes that the mitigation of the “African Single Story” is largely dependent on a still budding African film industry. To contribute to this, he co-founded Beautiful Stories with Eric Boama, his business partner with the goal of representing the diverse stories of Africa.

Today, David’s dream is his reality as he has inspired many  to celebrate, embrace and be proud of African  heritage and culture through the Ghanaian scenes of Beyonce’s Black is King album for Disney+. David says he was recommended by a colleague  he previously worked for.

Sharing how such a young company has accelerated so quickly from working on school projects   to working with multinational household consumer goods companies and celebrities like Unilever in Collaboration with Chelsea FC, Apple, Conan O’brien and now for Beyonce, David said , his business has been preparing for what he called “The Future Model”. The Future Model includes developing, directing and producing Feature Movies and Documentaries like did for Black Is King on Disney+. Therefore, when the opportunity was presented, the company was prepared for it since they had as part of the future model, a vision for feature film and documentaries.

In 2019, David Boanuh was accepted into the Ashesi Venture Incubator (AVI) Fellowship, a one-year incubation experience for recent graduates of Ashesi University who may desire to pursue entrepreneurship as a career alternative. “AVI helps businesses focus on what they want to do as opposed to what they are doing. They challenge you to rethink how your business would look like if you were to scale. The AVI helps entrepreneurs envision themselves as entrepreneurs of tomorrow and not just as entrepreneurs of today”, David said, crediting some of his success to the fellowship program.

Sharing his biggest take away from working on such a project, David said, “having to understand that irrespective of the opportunity disparity, you should not be distracted from working towards what you want to achieve. You might have to work twice as hard but the reward is fulfilling. Be prepared and position yourself to be able to take opportunities when they arrive and give off your best whatever responsibility may be entrusted to you; that is how you build a competitive portfolio.”

The future is undeniably bright for David and Beautiful Stories Studios. Speaking on the next step for the company, David said that he was going to capitalize on his rich portfolio to continue to pitch the company’s projects to target institutions and companies. He is looking forward to more feature films and documentaries and you should definitely expect more from this remarkable young filmmaker and Beautiful Stories Studios.